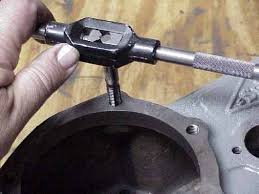 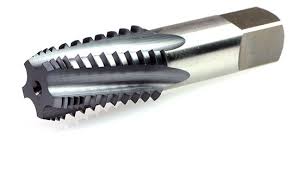 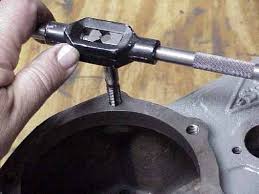 Tapping means: – Creating a way to fit the bolts inside the first hole. The first drilling of any hole is done. After tipping, the tipping is done after rimming. Drilling means hulling rimming, ie tapping the hole. That’s to be threaded inside the hole.
Method: – 1] [50 * 50 * 5] Plate the plate of mm.
2] Align four sides of that square plate.
3] Removal of rust after it has been removed.
4] He fixed the square plate drill machine’s whistle.
5] and drilled the first drill on it.
6] The finished hole rimer was cleaned.
7] The primary tap fix in the stroke was fixed.
8] She pulled the steel plate in the bench whichey and measured the honeycomb along with her on the first tape.
9] It was done once or twice.
10] Fit in secondary diastoke and complete second tap.
11] While doing this, cutting oil used in-in-time.
12] Then topper tape was used.
13] Tap has two types.
1] British 2] matriculation
The British top plates are very small.
And that’s the big one.
The space in the matrix top thread is low.
14] So three tapes are complete.
Estimates / Conclusions: –
In the above process we learned to thread and tagging.
Inspection: –
Tapping should be done very carefully. When tapping, you should straighten the plate. If slip, tapping is slanted and all your payments.

Since name continuing, the conferences take place at different locations