Homemade buns recipe needs some practice. Shaping the pav bun is the key to get the smooth glaze on the top of the bun. The dough kneading process is simple that you can find on my step by step by step basic bread dough recipe.  The Pav Bun is also known as Ladi Pav or Laadi Pav in the local language. Laadi means a “slab”. Pav Bun is made as one big slab and then the rolls are pulled apart. This is how Pav Bun got it another name called Laadi Pav.

Those who prefer stuffing inside the buns may check my stuffed dinner roll recipe. That’s a different experimental recipe I have where I have twisted the Pav Bun recipe by adding stuffing into it.

Use the Conversion Table to convert cups into grams

Take a dry bowl. Add yeast, sugar, and lukewarm water and stir it well. Cover it and keep aside for 15 min or until yeast froths. 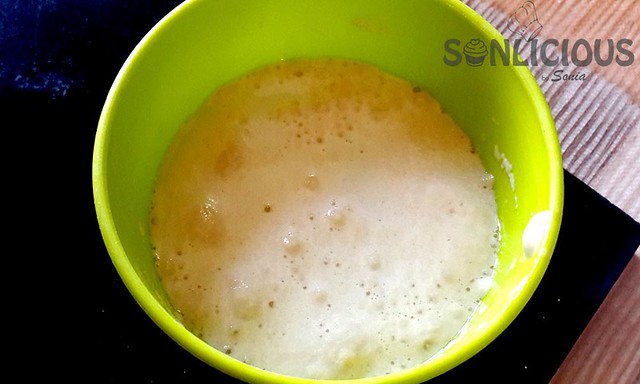 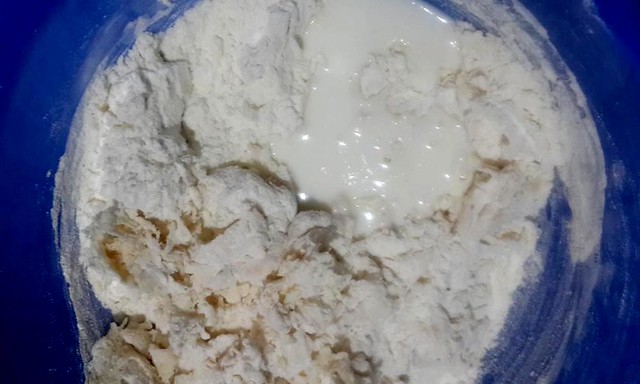 Take out the dough on floured surface and knead it for about 10-12 min. Add oil to the dough. The dough will become very soft, elastic and non-sticky. 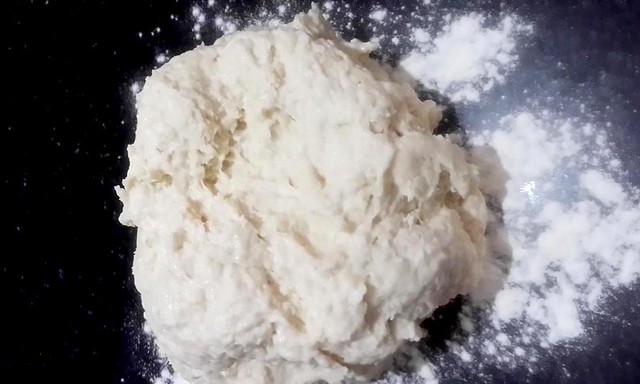 Place the dough into a greased pan and cover it with a cling wrap. Now keep this pan in some warm place until dough doubles in volume. 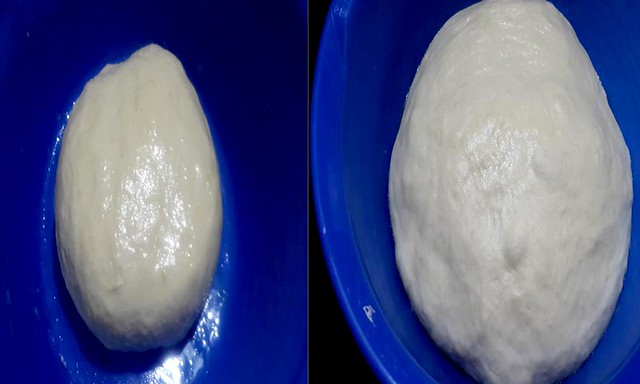 Once dough doubles in volume, punch it and knead for another 5 minutes.

Divide the dough into 9 equal portions. Shape it and keep these dough balls into a greased baking tin. 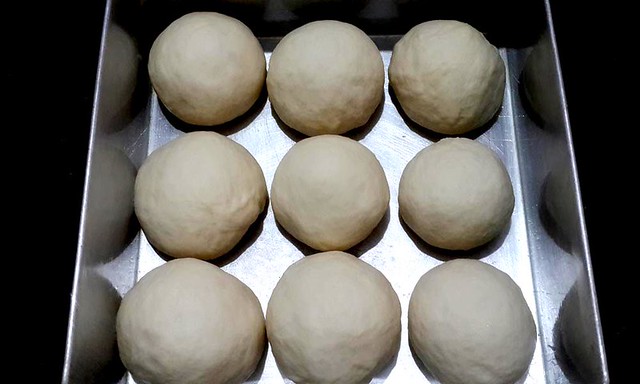 Cover it with cling wrap and let it rise until doubles in volume again. 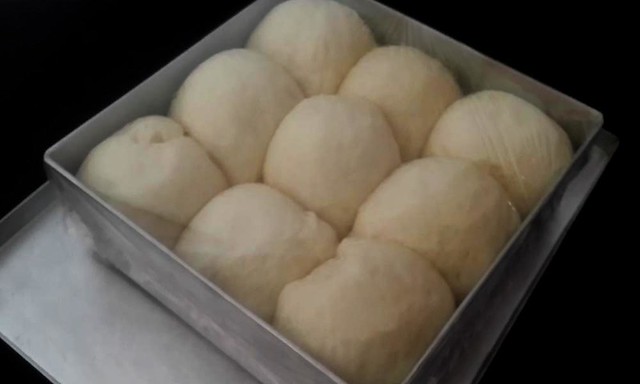 Meanwhile, preheat the oven at 200 degree Celsius for 10 minutes.

Remove the cling wrap, apply milk on dough balls and cover these with aluminum foil.

Bake these in a pre-heated oven for 15 minutes.

Take out the baking tin and remove the aluminum foil. Now, bake these again for 10 minutes to get a golden crust (color on top).

De-mould and brush the buns with butter/oil. Place the baked buns on a wired rack to cool down. 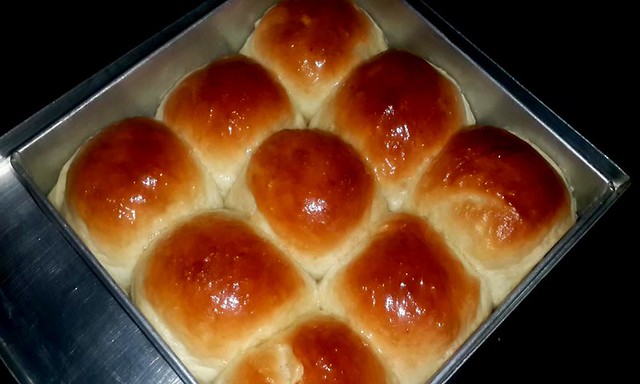 Freshly baked soft and spongy Pav buns are ready to be served. 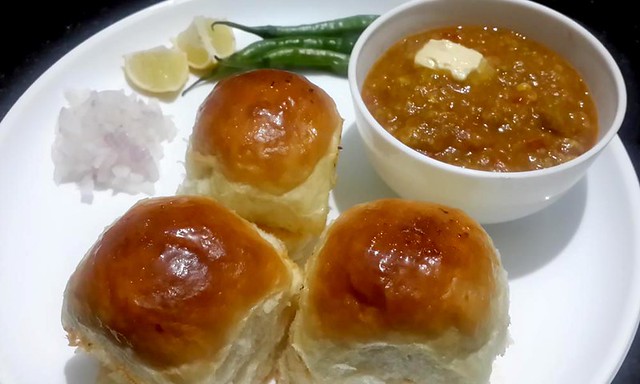